New study details impact of debt to consumer wellbeing and beyond. Credit card debt called out five times more than other types of problem debt by insolvent consumers; using credit for essential costs of living the main cause of debt reported by 18% – and more than 3 in 4 study participants say being in debt negatively affected their mental health.

Complete findings from the 2021 BC Consumer Debt Study were released today, offering an invitation to explore and better understand some of the many challenges faced by British Columbians dealing with a debt problem. In addition to highlighting the causes of problem debt and their impacts to British Columbians, the latest annual BC Consumer Debt Study marked other notable trends in consumer debt habits.

Conducted by Sands & Associates, BC’s largest firm of Licensed Insolvency Trustees focused on debt services for individuals and small businesses, the 2021 BC Consumer Debt Study polled over 1,700 consumers from across the province who declared personal bankruptcy or legally consolidated debt with a Consumer Proposal and provides a unique perspective on consumer debt issues.

Highlights from the 9th Annual BC Consumer Debt Study

You have credit card debts that total over $25,000 and have just been told you’re losing your job…

Following a marital breakdown you used credit to cover your added expenses and adjust to the increased costs of living. Now you’re only able to afford the minimum monthly payments on your credit card, and your line of credit is close to maxxed-out…

Just as you’re back to work and tackling your priority in paying off the debt you accumulated making up for lost income during a shutdown, you suddenly must choose between debt payments and helping an ill family member…

So what happens next? Is there a way out? What can you do?

These situations may be more commonplace than many are comfortable admitting, and a highlight of key findings from the 2021 BC Consumer Debt Study offers some challenge to misconceptions about debt, and insights for consumers to confront debt problems early on.

According to Sands & Associates President and Licensed Insolvency Trustee Blair Mantin, “Consumers may often be lulled into thinking their debt isn’t “too much”, not realizing how easily problem debt gets out of control, or how common life challenges can leave people facing unimaginable financial difficulties and overwhelming stress.”

Less than a third (28%) of respondents said their debts were caused by overextended credit due to general financial mismanagement – and the other 4 of top 5 most reported main causes of debt could be considered outside an individual’s control:

Effects of Debt-Stress on Wellbeing

Many British Columbians end up overburdened with debt and facing multiple challenges and impacts to their quality of life as they attempt resolution. Findings from the 2021 BC Consumer Debt Study uncover the human elements and the costs of living with a debt problem.

When survey respondents were asked how they knew their debts were becoming a problem:

Most survey participants indicated they had initially opted for a self-directed approach to debt management strategies, often turning to more borrowing as a debt solution:

Although severe debt impacts were experienced by the majority, only 5% of consumers polled said they sought professional debt help right away. Self-imposed hurdles stopped many people from getting help early on:

The 1,700+ BC consumers polled ultimately decided to resolve their debt by Consumer Proposal consolidation or filing personal bankruptcy, and 90% expressed that they were satisfied if not extremely satisfied by the outcome of their decision. Other positive outcomes conveyed by respondents include:

Of particular note is the successful encouragement of conversations around money and seeking support, with over one-third (39%) of respondents saying they were more open in discussing finances and general money matters with others following their experience receiving professional debt help.

About Sands & Associates and BC Consumer Debt Studies

On Sands & Associates annual BC Consumer Debt Study, Sands & Associates President and Licensed Insolvency Trustee Blair Mantin notes, “Through these annual studies we’re able to gain and share invaluable insights into the challenges being faced by people in virtually every community. Being able to share in this knowledge helps others to empathize, increasing awareness that is so needed to step up and help people get the resources and solutions they need to regain their lives and move forward without the overwhelming burden of a debt problem.”

If you are struggling with debt, you are not alone. Connect with a BC debt help expert today – book your free non-judgmental debt consultation with a Sands & Associates Licensed Insolvency Trustee here. 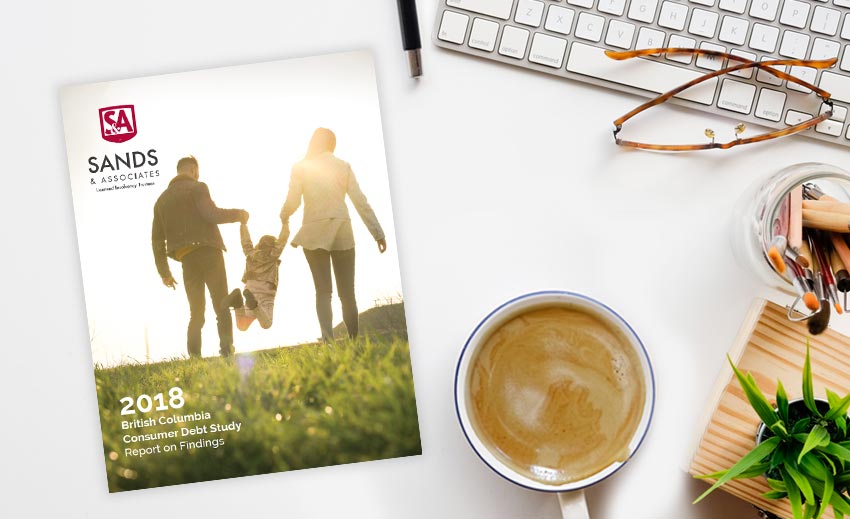 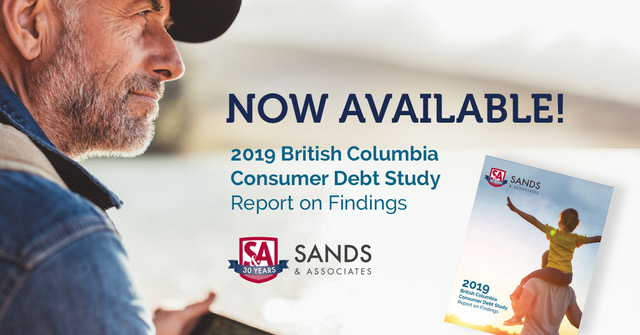 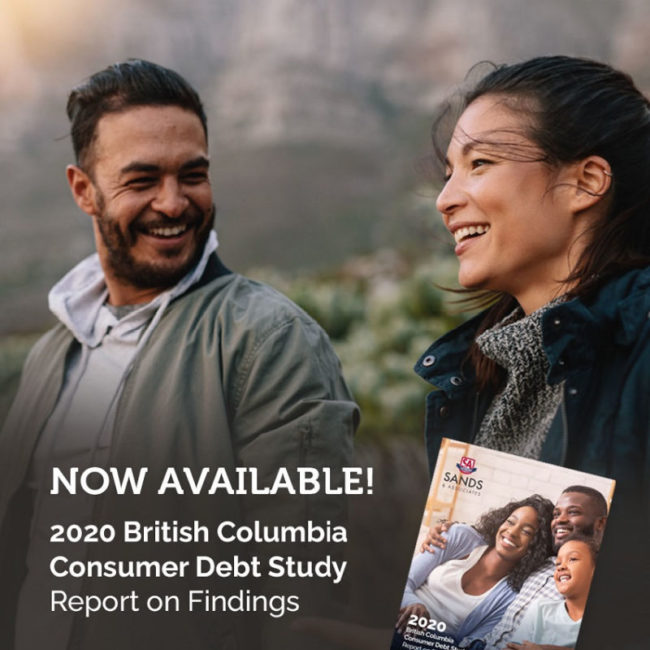